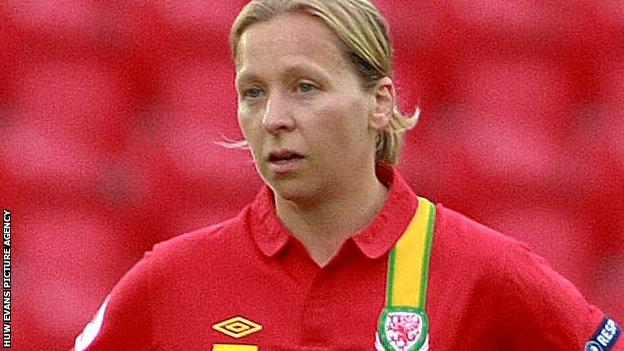 Arsenal and Wales midfielder Jayne Ludlow has announced her retirement from international football.

Ludlow scored 19 goals in 61 games for Wales and captained the side on 38 occasions.

The 33-year-old has also played for Barry Town, Millwall, Southampton as well as a loan spell with New York Magic.

"She has been the most successful player that Wales has ever had," said Wales women's manager Jarmo Matikainen.

"Her contribution to the team has been very important. A captain and a leader, she has made a great input into the team and we will miss her.

"I would personally like to thank her for the great co-operation she has given when working with myself and the other members of the technical staff."

Ludlow had retired from international football in 2010 but returned to the fold following Matikainen's appointment.

She made her final appearance for Wales in the 2-1 defeat to Scotland in a Uefa Euro Championship qualifier at Llanelli's Parc y Scarlets in September.