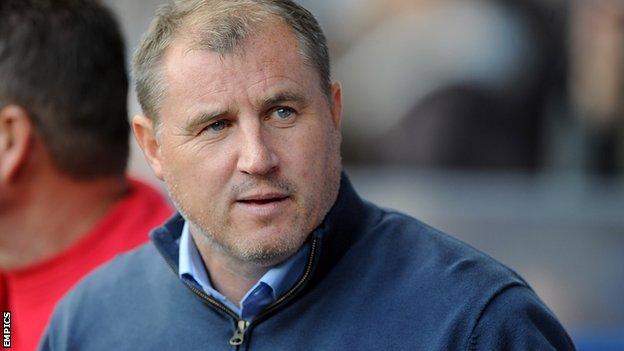 Ipswich Town boss Paul Jewell says the influx of loan players at the club has not been a sign of "panic" recruiting.

Jewell's struggling squad, who have not won in nine games, includes eight loan signings and

"It's not as if it's short-term. Don't think these are panic loans. They are not. They're people we'd liked to have brought in while the window was open."

Championship clubs can only name five loan players in a matchday squad, however Murphy and N'Daw - signed from Celtic and St Etienne respectively - do not count towards the quota, as they have been brought in from clubs outside England.

"We did say it wasn't an ideal situation, but we can't sign players outside the window unless they're on loan," said Jewell.

"There'll be certain ones we'll want to keep. You look at Danny, Nigel, DJ and Richie - you wouldn't think they've come here just for the ride.

"They want to play football and do well for the club. We'd like every player contracted to us until 2050, but that's not going to happen."

Defender Higginbotham's spell from Stoke is due to finish within the next week and Jewell is confident he will stay at Portman Road.

"We want to extend it. He's dead keen. I spoke to [Stoke boss] Tony Pulis who is also keen," he added.

"He's a good pro and is doing really well - enjoying himself. He's been a good influence."