When speaking to Jason Roberts about racism in football, it is hard not to be persuaded by much of what he says, such is his passion, intelligence and desire to take on the issue.

A nephew of former West Brom striker Cyrille Regis, Reading frontman Roberts knows that racism has been brought back into the wider consciousness via the Luis Suarez and John Terry cases, while the lack of ethnic diversity at managerial and boardroom level is clearly visible.

And having seen his uncle suffer from monkey chants in the 1970s and 1980s, Roberts is now worried that racist abuse is set to continue for another generation after what happened in England's Under-21 game against Serbia.

Such is his frustration, the 34-year-old boycotted Kick It Out's period of action, which runs between 18 and 29 October, by not wearing a T-shirt before the match against Liverpool on Saturday, while Rio Ferdinand did likewise before Manchester United's match against Stoke, to the annoyance of manager Sir Alex Ferguson.

Ferguson later said he was "embarrassed" by the defender's actions and that the matter "would be dealt with". 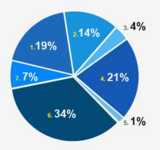 Roberts feels the organisation is not vocal or independent enough to tackle the issue head on, and does not truly represent his concerns.

Kick It Out's chairman Lord Ouseley said in response that his organisation would have "sorted it out" had they "had the power", while Manchester United boss Sir Alex Ferguson added that Roberts was "making the wrong point".

So is Roberts justified in targeting Kick It Out, an organisation that employs only seven staff and in the 2010-11 season had an annual budget equivalent to a few weeks of John Terry's wages?

On Friday, Football Association chairman David Bernstein issued a reminder that "domestically the FA has ultimate responsibility for the leadership of the game at every level" and former Kick It Out employee Piara Powar told BBC Sport there is often "confusion... about how much power Kick It Out has".

Powar, who now works for European anti-discrimination body Fare, continued: "Some players have confused Kick It Out with the FA and think its job is to govern the game or have a say in governance and racism issues between players where really it doesn't.

"Kick It Out's job is to highlight issues and perhaps put some policy solutions to those issues. If the players decide not to support Kick It Out, then I'm sure Lord Ouseley would see it as a setback."

Roberts's concerns about Kick It Out's influence and neutrality stem from the same place - its funding.

In 2010-11, the organisation had a budget of £453,913 but £330,000 of that came from the Football Association, Premier League and Professional Footballers' Association, so there are legitimate questions about its willingness to bite the hand that feeds it.

Powar says he would like to see Kick It Out's income "doubled or tripled" and he also claims that the "under-resourcing" of Kick It Out means that authorities can keep the wider issues of representation at bay.

"The issue here is that Kick It Out really is a product of the people who support it," Powar added. "It has an independent voice but the resources are equivalent to the voice that it has created for itself.

"In some ways I've heard some people say that has been the means of control of the football authorities. They have wanted to look at this agenda but perhaps not to go too far down this road, in terms of funding, because of the implications that it has for those organisations internally."

The Premier League and FA rejected that view when it was put to them, citing their work in communities and their attempts to make sure ethnic minorities are better represented in football and their organisations.

Both bodies also said there had been an increase in funding since 2011 and they would be reviewing Kick It Out's future funding.

An FA spokesperson said: "The FA are founding and funding partners of Kick It Out and we are great supporters of their work across the entire discrimination landscape... and we also fund a great deal of further anti-discrimination work."

A Premier League spokesman stated: "In internal discussions with the football authorities Kick It Out has never pulled any punches just because of who they are funded by."

In a statement, Kick It Out said it "works in partnership with the game's governing bodies" and added: "We are not a decision-making organisation with power and resource as some people think, and can only work effectively in the context of these partnerships."

Therein lie the limits within which Kick It Out can operate and while that continues, there will be grumblings that the body lacks teeth.