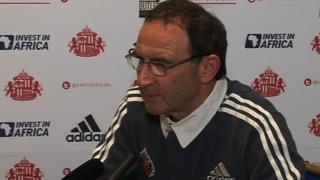 Rose right to be angry - O'Neill

Sunderland FC boss Martin O'Neill says his player Danny Rose, who says he was the subject of racist abuse in the England U21 game against Serbia, has a right to be angry.

England U21 won the game 1-0 to seal qualification to Euro 2013 but Rose was sent off after the final whistle amid scuffles between players and coaching staff from both teams.

The Serbian FA has since been charged with alleged racist chanting by fans by European governing body UEFA.