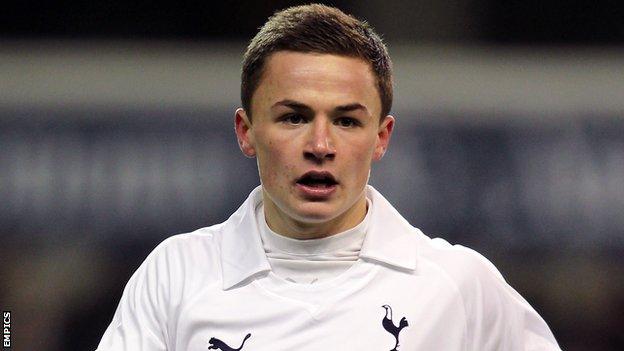 Aldershot Town have completed the signing of Tottenham youngster Jack Munns on a one-month loan deal.

The 18-year-old midfielder has been a regular in the Premier League club's youth side for the last two seasons.

Shots boss Dean Holdsworth said: "Jack is an attacking midfielder with an eye for goal. He has a great future."

Munns, who was previously on the books at Leyton Orient, has not made a senior appearance since joining the Spurs academy two years ago.

He is available for Aldershot's League Two game at home to Rotherham on Saturday.

Meanwhile, defender Doug Bergqvist, who recently extended his contract at the EBB Stadium until summer 2014, has joined Blue Square Bet South side Basingstoke Town on a one-month loan deal.