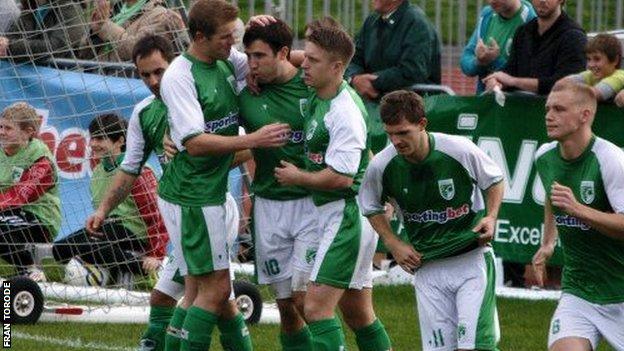 Guernsey FC boss Tony Vance says his side could have had even more goals if they'd been more clinical in their 5-2 win over Bedfont Sports.

"We deserved to win the game," Vance told BBC Guernsey after the match.

Allen got another after 24 minutes and rounded off his hat-trick 13 minutes later to take his tally to 18 goals so far this season.

Jack Watts made it 3-2 but Matt Loaring increased Guernsey's lead on 74 minutes before Dominic Heaume rounded off the win in injury time.

"We left ourselves open at times, but that's the way we play," Vance said.

"I'd rather play that way and create more chances then be very defensive-minded and just create one chance.

"When you've got the players we've got you want to create as many chances as you can."