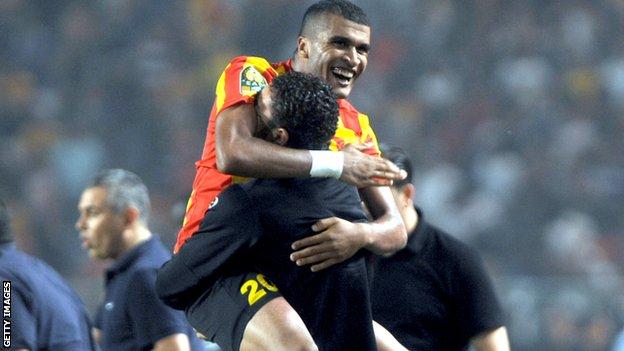 Holders Esperance reached a third consecutive final of the African Champions League with a 1-0 win over TP Mazembe on Saturday.

Esperance were more adventurous than their opponents and Mansour pounced after a flick-on following a free-kick.

Egyptian side Al Ahly are favourites to join Esperance in the final.

The record six-time African champions entertain Nigerian side Sunshine Stars on Sunday having earned a 3-3 draw away in the first leg.

The final will be staged over two legs during November with a two-week break between fixtures and the champions pocket $1.5m (£940,000) plus a place at the 2012 Club World Cup in Japan.