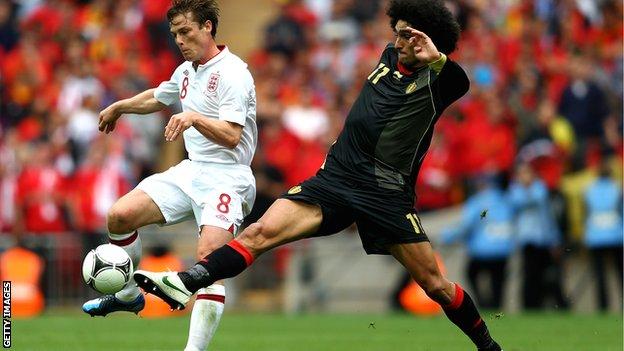 Tottenham and England midfielder Scott Parker may not return until Christmas because of persistent Achilles trouble.

The 32-year-old, who joined Spurs from West Ham in August 2011, has not played since Euro 2012, when he exacerbated an injury he first experienced last term.

He had surgery in August but Spurs boss Andre Villas-Boas said: "He still feels pain and is disturbed in his recovery.

"It will take two or three weeks, we could be looking at Christmas. Hopefully less."

Parker, named England's Player of the Year in February, was an integral part of Harry Redknapp's fluent Spurs side that promised much during an 11-match unbeaten run last term, but eventually finished fourth.

Redknapp's team were denied a place in the Champions League after Chelsea won the tournament, and after almost four years at the helm, he was sacked in June, with Villas-Boas appointed three weeks later.

Parker has yet to feature under the new regime because of his troublesome Achilles and the current Spurs boss said: "It prevents him from being on the pitch but he has been evolving inside, in the gym, with the medical department.

"It is still within the limits of what we expected. He is making good progress and there has been less pain."