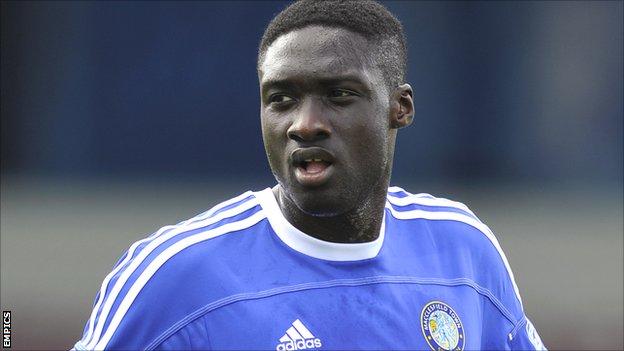 Luton have signed midfielder Arnaud Mendy on loan from Macclesfield, with the move becoming permanent in January.

As part of the deal, will also become a permanent switch.

Mendy, 22, joined Macclesfield from Derby in 2011 and has scored twice in 14 games for the Silkmen this season.

He is expected to go straight into Paul Buckle's squad for the Hatters' FA Cup fourth qualifying round tie against Cambridge United on Saturday.

Buckle told the club website: "Anyone who saw earlier in the season will remember what an excellent performance Arnaud put in, despite being on the losing side.

"He holds a great presence in the middle of the park, he can pass and shoot and isn't afraid to get stuck in.

"Arnaud is the kind of player who can get games by the scruff of the neck and make things happen."

Midfielder Kissock has impressed since moving to Macclesfield, scoring once in 11 league appearances.