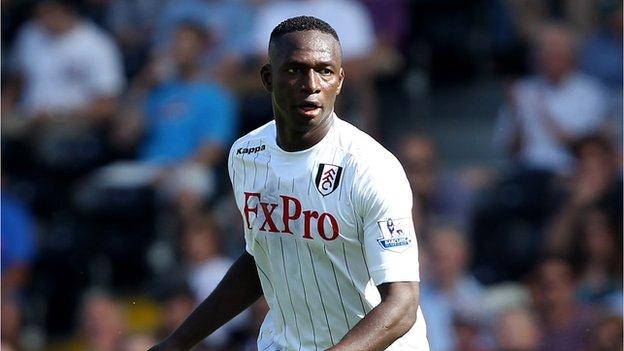 Mali international midfielder Mahamadou Diarra has made a rapid recovery from injury that has been described as "almost a miracle".

The 31-year-old damaged his left knee while playing for Mali against Botswana in September and required surgery, with fears he could be out for five months.

But Martin Jol, his manager at English Premier League side Fulham, has confirmed Diarra is already fit again.

"Diarra is back. He is almost a miracle, you know?" said Jol.

"I thought it would be a bit longer, but they always said it could be three or four weeks or possibly longer.

"He needed an operation and, having said that, he is still coming back."

The news will also be a welcome boost to Mali, who are likely to call on Diarra for their 2013 Nations Cup campaign after they qualified for the tournament with a 7-1 aggregate thrashing of Botswana.

Diarra missed January's Nations Cup finals in Equatorial Guinea and Gabon, where Mali finished a surprise third, but ended a 15-month international exile when he returned to captain his country against Botswana.