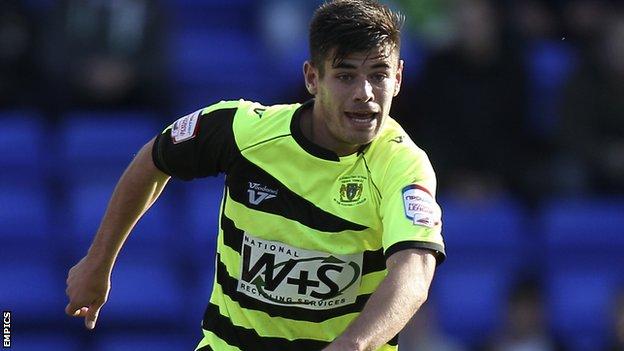 The 21-year-old rejoined the Glovers for his second spell in September.

He has been ever-present in the league since then, but missed the Johnstone's Paint Trophy win over Torquay on Tuesday after being sent off against Tranmere last weekend.

He has made four appearances for his parent club and previously had loan spells at Bath and Stockport.