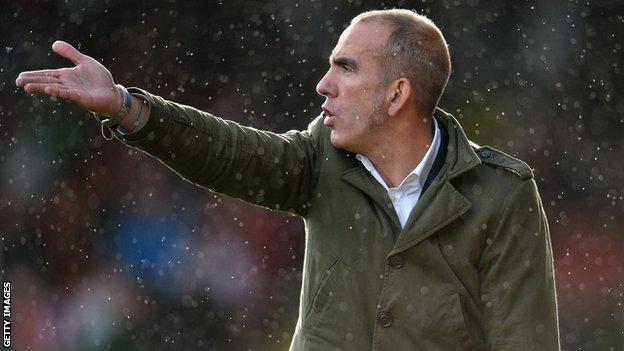 Swindon Town were in devastating form as dismal Stevenage endured their largest ever Football League defeat.

Raffaele De Vita lashed in a knock down from Matt Ritchie, who then doubled the lead with a shot that eluded Stevenage keeper Steve Arnold.

Arnold was able to save Tommy Miller's penalty after Alan McCormack was brought down by Anthony Grant.

But Miles Storey struck with a header moments later and Adam Rooney finished the rout in the second half.

But his side looked impressive as they ended a three-game winless run and drew level on points with sixth-placed Notts County in League One.

It was only a second loss out of six for Boro and their first home league defeat since January, but they drop out of the automatic promotion spots down to third.