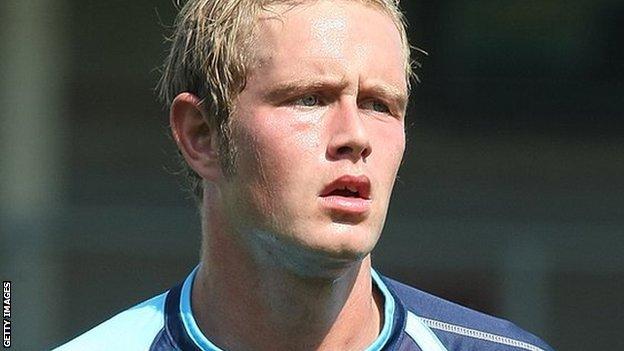 Luton Town moved up to second place in the Blue Square Bet Premier after coming from behind to beat Forest Green Rovers with a stoppage-time penalty.

The home side went ahead just after half-time when Luton's stand-in keeper Dean Brill fumbled a cross, leaving Yan Klukowski to jab in at the back post.

But Stuart Fleetwood curled in from the edge of the box to give Luton hope.

And Scott Rendell converted from the spot after Paul Green saw a second yellow for handling Andre Gray's cross.

"It hurts because we've gone ahead deservedly, and I thought we were in complete control and looked comfortable. We ended up losing 2-1 but we more than matched them.

"We dominated our territory and had better of the possession, we just lost it at a couple of key moments but we have to learn.

"It was a great game and a great advert for the league, but it hurts because we played well today.

"It's four league games we've lost in a row, but I'm not worried because you couldn't tell the two sides apart and we're still right up there."