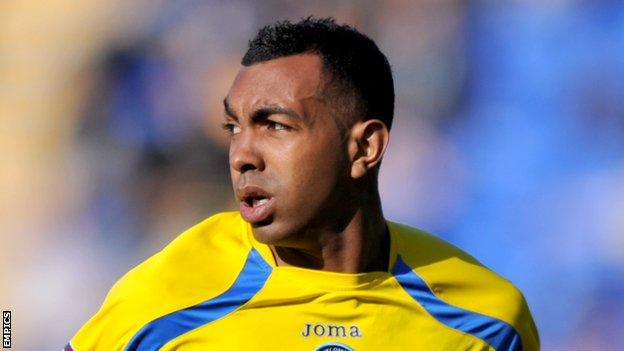 County's Danny Crow hit the bar before Andy Sandell's long-range free-kick dragged the hosts back into the game.

"We gave ourselves an uphill task by conceding two sloppy goals. We got ourselves back into the game with an excellent free-kick.

"Then we got done on a counter attack, which was disappointing and probably game over.

"So obviously disappointing, and we've lost our unbeaten league record. We've got a lot of things to work on."

"We knew coming up against Newport County - top of the league, not lost at home in the league, four points clear - it was going to be a hard test for us today.

"It's probably the biggest test the players have had since we came up, playing the league leaders away from home, and I thought we did superbly."