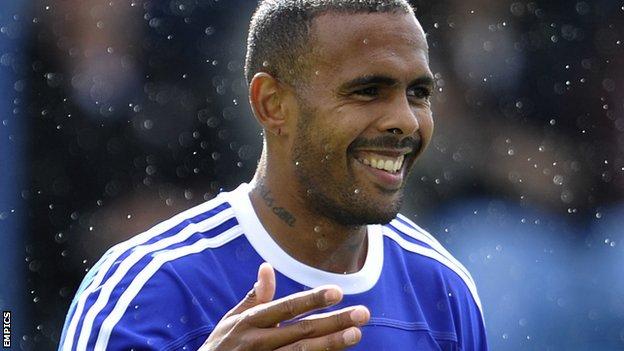 Pablo Mills almost gave Macc the lead, but the defender's effort was cleared off the line by Craig Disley.

They eventually went ahead when Barnes-Homer fired home his spot-kick after Aswad Thomas fouled Morgan Smith.

Despite having Scott Neilson sent off late on, the Mariners were twice denied by away keeper Lance Cronin in stoppage time as they looked to level.

Barnes-Homer's goal was his 11th league goal of the season since joining in the summer and he could have had a second had he not blazed over the bar from inside the box.

The result is Grimsby's third consecutive home defeat, but they maintain their place in the Blue Square Bet Premier play-offs.

Meanwhile, victory means Macclesfield move to within just three points of Grimsby and the play-off places.

"We could get really down about it. It's one of those things, if we had been out played today and had no chances then I'd be sitting here scratching my head a little bit.

"We just had a quick talk about it. We said the facts are their keeper has pulled off four, five or six good saves, on another day you'd score.

"Let that be a lesson, if you don't take chances, you don't win games.

"We had to change, they're quite a good side, they play quite good football but we changed the formation early in the second half and I thought we really got to grips with it then"