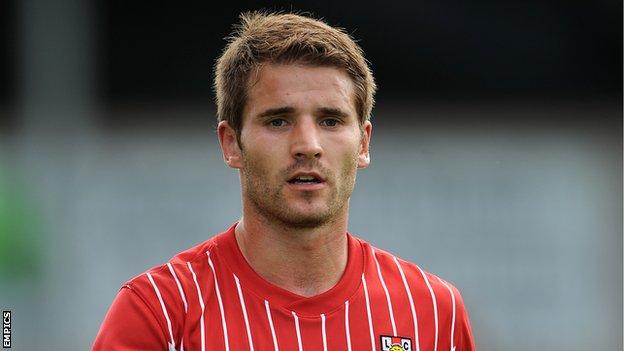 Jamie Taylor scored a last-gasp equaliser as Lincoln salvaged a point from a lively encounter with Stockport.

Taylor headed home after the hour mark, but County fired back immediately when Jordan Fagbola slotted in.

Alan Power blazed a penalty over for the hosts and Craig Hobson's close-range finish made him pay.

John Nutter's free kick levelled again, Paul Turnbull made it 3-2 from a matter of yards, but Taylor lashed home at the death for a share of the spoils.

"We can take a lot of credit for the way our players acted today.

"I thought we were comfortable at half time but we ended up conceding three (goals) which I didn't see coming and we must address that. I thought we played some nice football against a very direct side and we've done plenty to win the game.

"But I think the performance of someone who wasn't in our colours had a big effect. There were incidents which changed the game. I respect the officials but the opposition keeper should have been sent off (for bringing down Alan Power).

"But that's five games unbeaten and I'm pleased for the players. We went behind twice and if you have no character you don't come back from that."