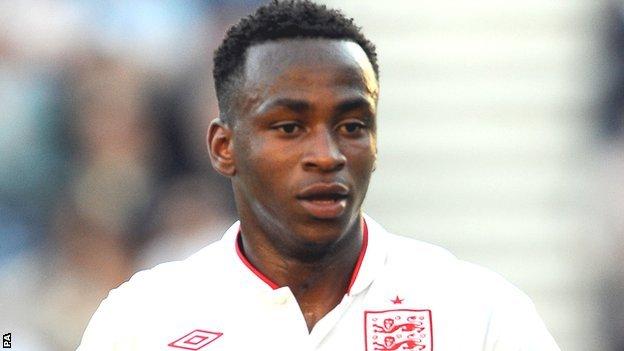 Peterborough United climbed out of the Championship relegation zone on goal difference as they eased past Derby County to earn a fourth win in six.

Michael Bostwick netted from close range to make it 1-0 before the break.

And two late long-range strikes from Saido Berahino wrapped up the win.

The margin of victory would have been bigger but for an inspired display by Legzdins.

He made a series of fine saves to keep Derby in the game until his unfortunate mistake all but ended their chances on 86 minutes when he allowed Berahino's shot to slip through his grasp.

But Posh began to get on top. They went ahead after half an hour when Bostwick blasted an effort into the top right-hand corner and Legzdins then pulled off fine saves to deny George Boyd and Berahino.

Conor Sammon went close to drawing Derby level but shot wide from six yards and Theo Robinson then went even closer after the interval when his 12-yard shot hit a post.

Tomlin should have put Peterborough 2-0 in front in the 57th minute after Keogh brought down Boyd but Legzdins saved the spot-kick.

Buxton's second booking inside four minutes for fouls on Berahino and then Boyd left Derby facing an even more difficult task.

Legzdins produced more heroics to keep out a Bostwick shot and parry an effort from substitute Danny Swanson, but he undid some of his good work with four minutes remaining when he dropped Berahino's 18-yard strike shot over his own goalline.

Win or bust for Posh

Peterborough have yet to draw a Championship fixture this season, losing their first seven matches but winning four of their last six.

And Berahino added a third deep into injury time when he raced clear and beat Legzdins.

"Saido is only 19 but he is already a very good player. He is intelligent, caused Derby problems all afternoon and fully deserved his goals.

"We have already asked the question about whether we can extend the loan to the end of the season.

"Saido is loving life here and Steve Clarke, the West Brom manager, knows he is being well looked after.

"We've won four of our last six matches and the players deserve an awful lot of credit for showing real bottle in a tough situation.

"Some people were already thinking we were down and out and there were a lot of tough questions being asked, but we have showed what we are capable of doing when playing to the right standard."

"It was one of those games where everything that could do wrong did.

"We felt Jake was unlucky to be sent off as it looked like he won the ball before making contact with the player when picking up his second yellow card, but it is difficult to criticise a referee when your team has just lost 3-0.

"The final scoreline might be a tad harsh but you can't really have too many complaints when making the sort of errors we did for two of the Peterborough goals.

"We also had as good a chance to get back into a game as you will ever see when Theo hit the post, but we couldn't take it.

"I'm just glad Adam's error for the second goal wasn't a game-changing moment because, just like in recent games, he had been outstanding."