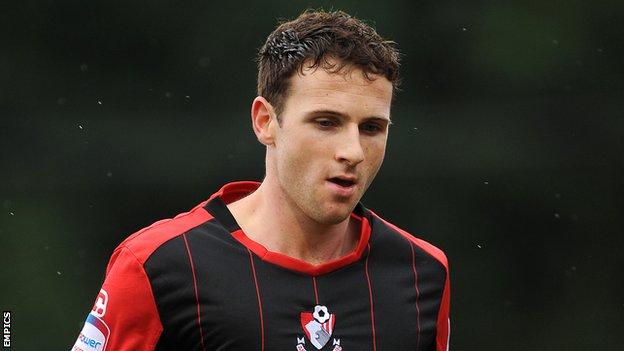 Marc Pugh set the Cherries on their way after taking advantage of some poor defending to slot home, but the hosts equalised through Liam Noble's drive.

Pugh put the visitors back in front from a tight angle, and Lewis Grabban neatly finished for their third.

Lee Barnard's deflected shot made it 4-1, before David Symington fired his first for Carlisle as a consolation.

Bournemouth now have seven points from Howe's first three games back in charge at Dean Court, after he left Burnley earlier this month.

"We scored four really good goals. Disappointed to have conceded two but we are gaining momentum hopefully. Two tough away games, we got four points, we've got to be pleased with that.

"There's still defensive work to be done. We seemed to have been involved in high-scoring games this season.

"We like to set out teams up to win games but we want to defend better than we have."