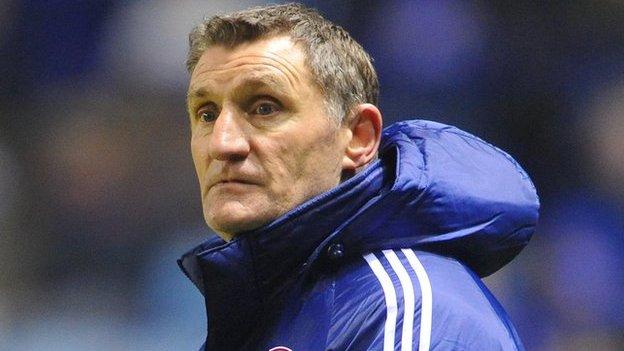 Middlesbrough boss Tony Mowbray has said there is still work to be done in his moves to overhaul the first-team squad at the Riverside Stadium.

Mowbray celebrated two years and 100 games in charge with Saturday's 1-0 win at Brighton, a result that moves Boro up to seventh in the Championship.

"How far away the day is I can say all these players are the ones I want to play and the way we play I'm not sure."

Since taking over from Gordon Strachan in October 2010 Mowbray has signed 14 players while 19 have left.

The reshaping is highlighted by the fact just eight survivors remain from the 18-man squad that featured in the 2-1 defeat by Bristol City - his first game in charge.

"I do feel it's a work in progress with the contractual and financial situation of those contract that are binding, we can't just scrap everything and start again," added Mowbray.

"The summer was one of great change, but we're doing OK."

Boro return to home soil for Tuesday's visit of Hull City to the Riverside, on the back of a run of three games unbeaten.

Attendances tumbled from a season high of 15,679 against Leicester to 13,377 for the visit of Derby last time out, and Mowbray does not know what is keeping those gates down.

"I'm not sure the results are what is keeping the fans away," Mowbray added.

"Earlier on in the season we won three games on the bounce and the fourth game was one of our lowest crowds.

"I'm not sure of the answer to that question."