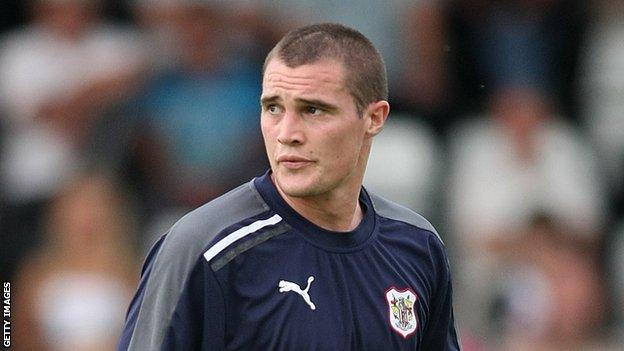 Murphy, 27, joined Vale in the summer, but had to wait until Saturday's win over Wycombe to make his full debut.

"I think if there was a hell for footballers that's what you'd do, sit in the stand watching games injured," he told BBC Radio Stoke.

I need game time as you can't replicate that on the training ground or the gym.

"Overall I thought I did OK [against Wycombe] and hopefully I can kick on from here."

The former Stevenage and Cork City man was close to making a return to first-team action in September.

But he suffered a setback during a reserves game against Morecambe, and was relieved the hard process of regaining full fitness was behind him.

"I've been to see a biomechanics expert and he's given me a bit of information. I've been doing gym work, yoga and everything to try and get back in," he said.

"To be fair, the gaffer's been really patient with me and Andy, the physio, has been brilliant.

"Hopefully now I can just play as many games as I can now, but I need game time as you can't replicate that on the training ground or the gym."