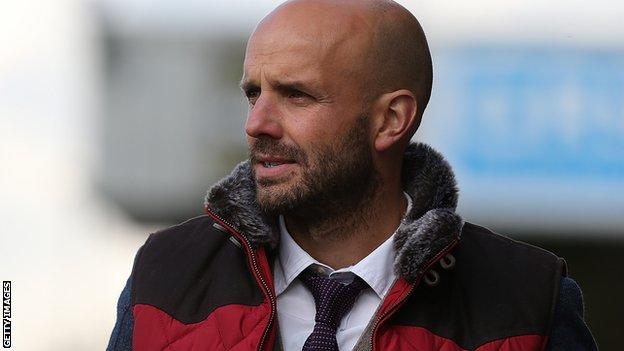 Exeter City manager Paul Tisdale says his side were not good enough in their in League Two.

The defeat was City's fifth in their last six matches and they have not won at home since 18 September.

"It wasn't a good enough performance, it was a bit confused, and our direction wasn't cohesive," Tisdale told BBC Radio Devon.

"We didn't have a common direction with our play."

But Tisdale refused to criticise the attitude of his side, saying they tried their best to get a result.

"There wasn't a lack of honesty or will in the team, but those things can be questioned if there isn't a common purpose.

"It was a disappointing game for us, there's a few challenges ahead, but it wasn't a good day for us.

"I've got to understand and give us some better direction at home.

"I know it needs to be improved and we'll do our very best to do it," he added.