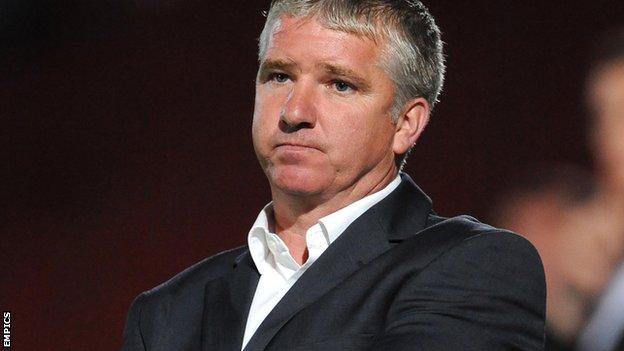 Torquay need "more backbone" according to manager Martin Ling after their in League Two.

The Gulls went 2-0 down and had Joe Oastler sent off, but then pulled it back to 2-2 before conceding a winner 15 minutes from full-time.

"It's OK saying we're a good footballing team who like passing it around, but we need to have more backbone than that."

All the people we rely on to pass the ball didn't do it; we passed it poorly and it isn't good enough

The Gulls have had a number of comebacks, such as their 4-3 win over Aldershot after being 3-0 down earlier this month.

But Ling says his side's character has to improve if they are to win more games.

"Sometimes psychologically it's easy to do, like being 3-0 down against Aldershot and people saying we were dead in the water."

Ling added he may look to bring in reinforcements to his squad if his side does not improve their passing.

"All the people we rely on to pass the ball didn't do it; we passed it poorly and it isn't good enough," said Ling.

"It's a couple of times we've done that now and we need to make sure we get it right and get it right quickly.

"They are encouraged to go out there and pass the ball and if they're not capable of doing that then I'll have to go out and get people that are."