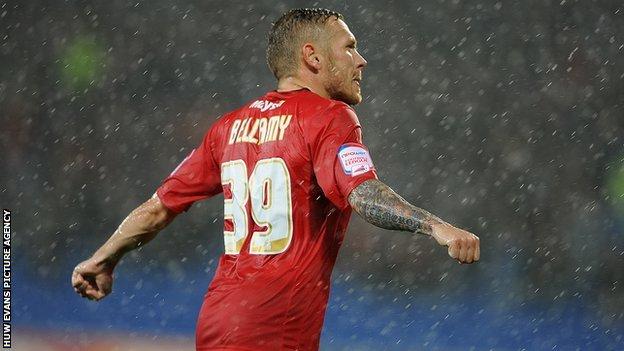 Cardiff City expect to have Craig Bellamy back for Tuesday's home game with Watford as they look to recover from their loss at Nottingham Forest.

The striker has not played since scoring in the win over Birmingham on 2 October because of a knee injury.

Midfielder Jordan Mutch is also close to a return and the two players will undergo fitness tests.

"Craig should be available, we'll just do a final check on him on [Monday]," said Cardiff manager Malky Mackay.

"Jordan, we'll fitness test him [Monday] and decide where we are on him tomorrow."

Cardiff will probably be without striker Nicky Maynard for the rest of the season because of the during the second half of Cardiff's 2-0 win at Millwall.

As well as missing Championship games for Cardiff, Bellamy also sat out Wales' World Cup qualifying matches against Scotland and Croatia, having already missed defeats to belgium and Serbia.

Wales manager Chris Coleman said that he was unsure over the state of Bellamy's fitness but that he would not "beg" any player to turn out for their country.