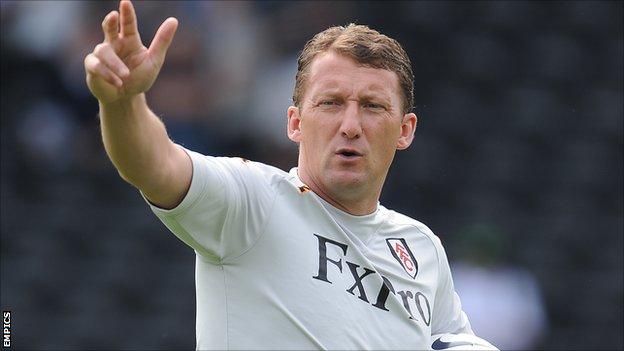 Rovers have turned to their former midfielder, 43, after failing to land Tottenham's Tim Sherwood.

Ex-Scotland international McKinlay, who is among the most highly regarded young coaches in the game, is thought to be open to discussions about the role.

But he will only be given permission to enter talks if compensation is agreed.

Blackburn were also keen on former Manchester United striker Ole Gunnar Solskjaer, but he would not have been able to take charge for another month because of his commitments with Norwegian side Molde.

Their approach to speak to Sherwood, who is currently technical co-ordinator at Tottenham and captained Blackburn to the Premier League title in 1995, was

McKinlay spent five years as a player at Ewood Park, playing 104 times for the club.

He is also the current Northern Ireland assistant manager.

Eric Black has been in caretaker charge of Rovers since