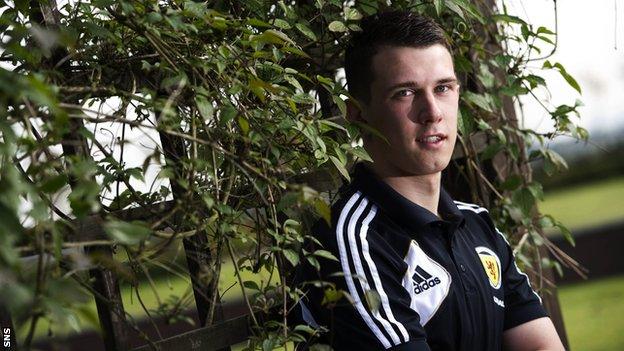 Aberdeen defender Ryan Jack has undergone a successful operation on a broken foot.

The 20-year-old is expected to be out of action for three months with the injury picked up playing for Scotland Under-21s against the United States.

Jack said on Twitter: "Operation is all done and home tomorrow morning. Everything went well."

The versatile Jack, who can also play in midfield, had been captaining the Under-21 side for the first time.