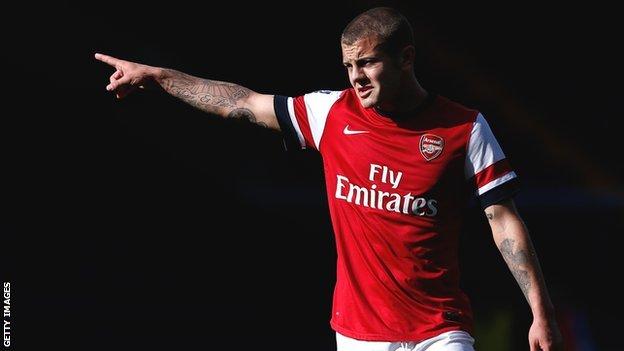 Arsenal midfielder Jack Wilshere continued his recovery from ankle surgery by playing an entire game for the club's under-21 side on Monday.

Wilshere, who has not played for the first team for 14 months, helped make both goals in a 2-1 win over Everton.

Wilshere, 20, was an unused substitute as in the Premier League on Saturday.

The England international is not expected to play in the Champions League group game against Schalke on Wednesday but could feature against Premier League rivals QPR on Saturday.