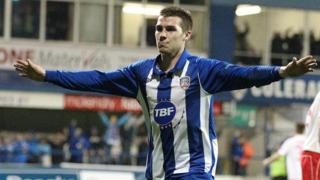 The Bannsiders ran out 3-2 winners thanks to Stephen Lowry's strike two minutes into added time.

Coleraine now lie second in the table, with Linfield eighth.

Grosjean's miracle leaves F1 with soul searching to do

Arteta 'not worried' about his future