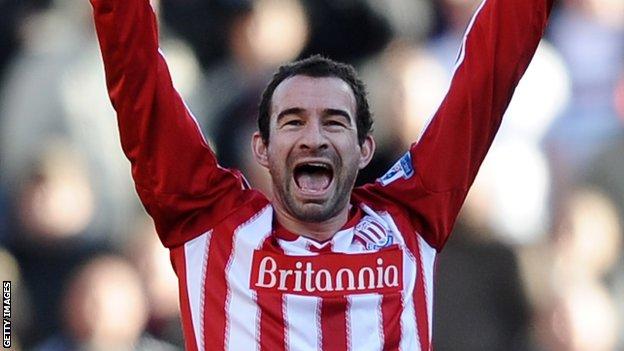 Stoke City defender Danny Higginbotham has agreed to extend his loan spell at Ipswich Town by a further three months.

The 33-year-old signed a one-month deal at Portman Road in September and has made five appearances for the side.

Higginbotham, who has played 109 league games for Stoke, has yet to enjoy a victory since his arrival, but believes he can help change Town's fortunes.

"I've enjoyed my month here and I don't want to walk out on something that I believe can and will change," he said.

Higginbotham has also played for Manchester United, Derby, Southampton, Sunderland and Nottingham Forest during his career.

"He has settled into the team and the club very easily and made it known that he would like to stay here when we started discussions about extending his loan," said Ipswich chief executive Simon Clegg.

"He is very much committed to the cause here and I know he's delighted that we have managed to reach an agreement with Stoke that keeps him in an Ipswich Town shirt for the rest of the year."