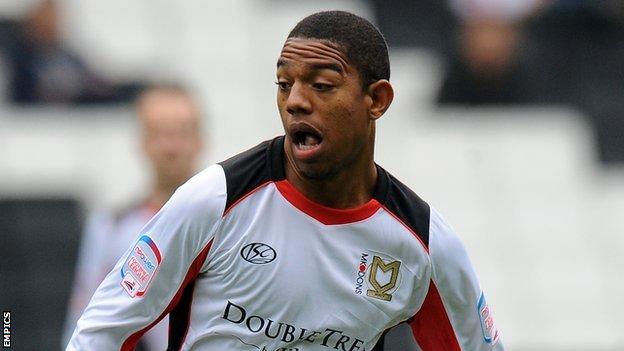 QPR winger Angelo Balanta has signed up for his third spell at MK Dons by agreeing a one-month loan move.

The 22-year-old, whose last senior appearance was for the Dons in December, is available for Tuesday's League One trip to Crawley.

However, he will not be allowed to play in the FA Cup first round tie at non-league Cambridge City on 2 November.

The most recent of his 29 QPR appearances came in a Championship defeat by Leicester in April 2010, but he signed a new two-year contract in the summer.

The Colombian-born wideman is set to return to Loftus Road on 21 November.