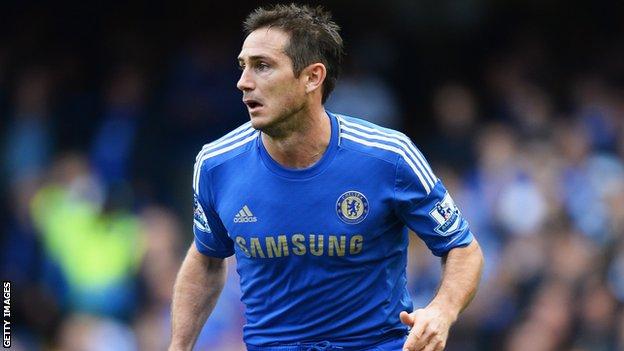 Frank Lampard is expected to learn on Thursday whether he will be fit to feature in Chelsea's Premier League clash with Manchester United on Sunday.

Lampard, 34, lasted just 18 minutes of his team's 2-1 Champions League defeat to Shakhtar Donetsk on Tuesday before suffering a calf injury.

The England midfielder will undergo a scan which will determine whether he faces United at Stamford Bridge.

"It's a recurrence of an old injury," said Chelsea manager Roberto Di Matteo.

Lampard was ruled out of England's World Cup qualifiers earlier this month against San Marino and Poland with a calf problem.

"He was training with us fine and there were no alarm bells before the game," added Di Matteo.

"He was in good condition to play."

Leaders Chelsea are four points ahead of United in the table after winning seven of the first eight matches.