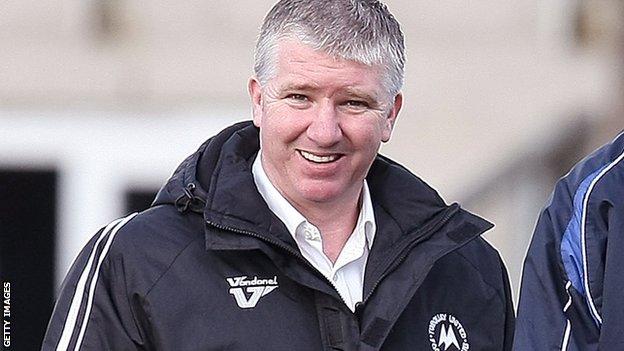 Torquay came from a goal down to inflict a first away defeat of the season on the Gills, but have not won back-to-back games since March.

"When we play to our levels we are a match for anyone in this league," Ling told BBC Radio Devon.

"Meeting those levels on a more regular basis is the next test."

He added: "We need to get this monkey off our back now of back-to-back wins.

"The first thing that Lee Mansell said when he walked into the dressing room was that now we've got to go and win on Saturday and push on.

"I think everyone feels the same, we feel we can be a contender, but the only way we're going to become a contender is to win back-to-back games."

Ling was also impressed with a first ever goal for midfielder Nathan Craig.

"It's pleasing because with his technique he should get more, and will get more, as time goes by," Ling added.

"Kev's always liable to get you four or five in a season."