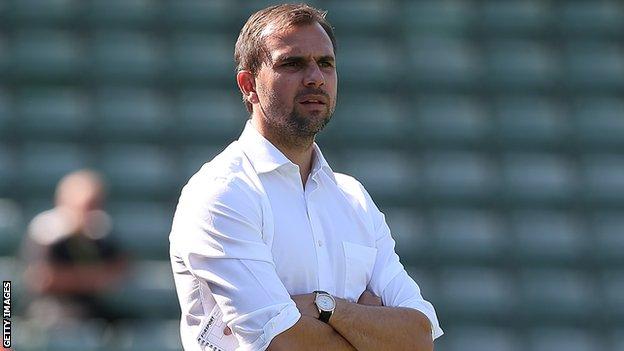 Plymouth Argyle manager Carl Fletcher was pleased with the way his side played against Cheltenham Town, despite

Conor Hourihane gave Argyle the lead before the Pilgrims conceded twice from set-pieces.

"I'm just a little disappointed with the goals and the lads will be disappointed now, but the way they played was a joy to watch."

But Fletcher admitted that his side does have a vulnerability from set-pieces at times.

"They're a big side, and the players we've got are good technical players, but they aren't the tallest," he added.

"But for me do you have someone in your team who's 6ft 2ins and can mark at set pieces and but can't control a bag of cement?

"Or do you get someone who's got good energy, likes to get on the ball, be brave and get on it in all different positions and is 5ft 8ins? It's a no-brainer for me.

"At the end of the day we've been beaten by two set plays, that's disappointing, but I think our overall performance was good tonight."