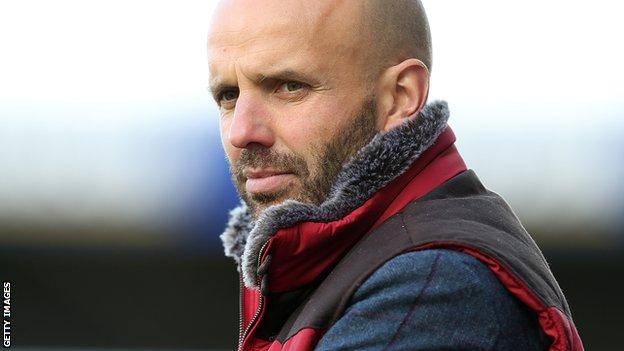 The point ended a run of three successive defeats in League Two for City, although they dropped to 11th in the table as a result.

"We played well and I've got no grumbles," he told BBC Radio Devon.

"After some poor results and being a goal down at half-time away from home against a tough opponent, we're more than happy to come back into the game."

Tisdale felt their opponents' goal was rather fortunate.

"We came back from a goal down and it was a remarkable goal because I'm not sure the lad meant to shoot," he added.

"I think if it was a cross it would have gone out of the other side of the pitch, but it managed to find its way into the near post.

"It was a bit of a fluke to be honest, but we came back from a goal down, we had good support behind us, the players showed a lot of endeavour, and we couldn't be accused of settling for a draw either because we were pushing for the winner."