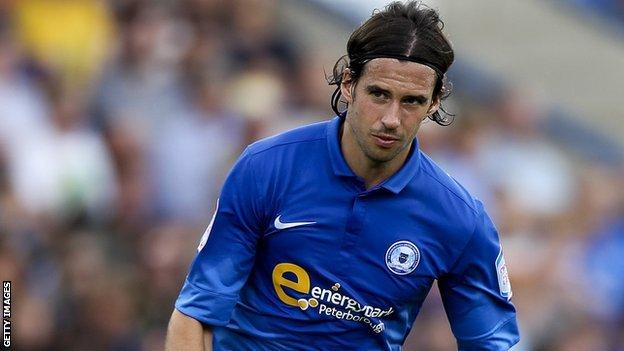 The midfielder, 27, had already struck once before hitting a half volley from just inside the Terriers half that dipped over keeper Alex Smithies.

"He's looked over his shoulder and seen the keeper off his line. He's meant it and executed it perfectly."

Boyd added: "I didn't really know where I was. Edge of the centre circle I think. It's a lovely setback from Saido Berahino. I've just hit it and it's gone in. I can't wait to get home and watch it. I'll watch it all night."

after he failed to agree a new deal at the club, with his contract set to expire at the end of the season.

earlier in the campaign and Ferguson, who dropped the former Stevenage playmaker for a game against Wolves this month, believes Boyd has come through a lacklustre period.

"He's hit form and George on form is a very good player at this level," he said.

"He's had poor games by his own admission this season. He had the stuff with Ipswich which I think took him a while to get over. I left him out and since I left him out he's done really well."

Victory over Huddersfield lifted Posh off the bottom of the Championship at Ipswich's expense.

And Ferguson's side, who host Derby on Saturday, have now won three of their last five after losing all of their first seven league games.

"Four days can change a season. It doesn't make a season but it certainly can help," he said.

"If we get another win against Derby - back-to-back wins - we'll probably be out of the bottom three after a disastrous start to the season."