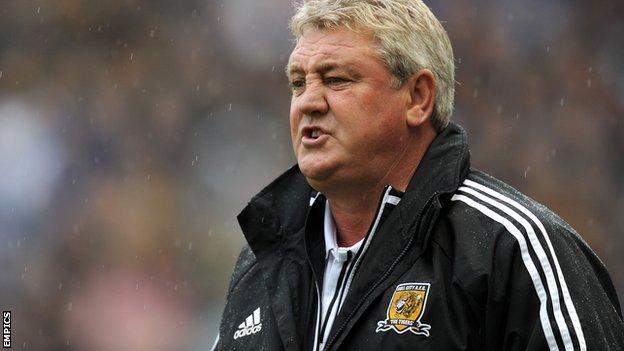 Hull City boss Steve Bruce felt his team's performance in their 2-0 defeat at Middlesbrough was their worst since he joined the club in the summer.

The Tigers conceded two second-half goals to drop to eighth in the table.

"I have to take some responsibility because the whole team was off the pace," he told BBC Radio Humberside.

"It's certainly the worst we have played since I came to the club and we've got exactly what we deserved from the game."

He added: "At the end of the day I have to admit that I got it wrong but I can't make excuses. They were the better team."

Despite falling to a fifth defeat in their opening 12 games this season, the Tigers are just one point off sixth place and Bruce is remaining upbeat about his side's start.

"We've been going along very, very well apart from the defeat by Leicester when I just thought they were better than us," he continued.

This Saturday Bruce takes his side to struggling Bristol City, who lost 4-3 at home to managerless Burnley on Tuesday.