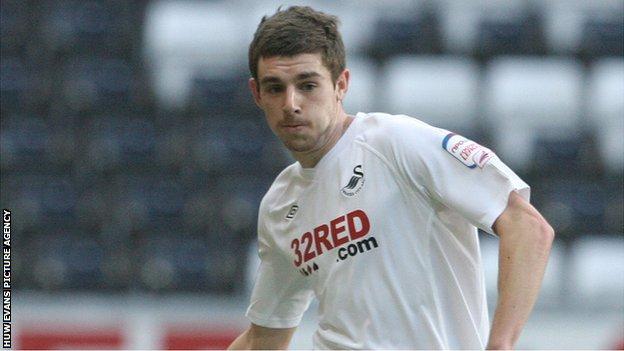 Swansea City defender Daniel Alfei has agreed to join Wrexham on loan until January with a view to extending the spell until the end of the season.

It will be the 20-year-old's second loan spell at the Racecourse Ground, having also played for the Dragons between January and May last season.

Alfei will add welcome defensive cover for the Blue Square Bet Premier side.

"I'm looking forward to it, I need to get a few more games under my belt," said the Wales Under-21 right-back.

"I enjoyed my time there last season, although I didn't play as much as I would have liked because of a hamstring and back injury. I got to know the lads well and it will be nice to see them again.

"It's a good time to go there with them second in the league because they will all be pressure games, which is great for my development.

"The Blue Square Premier is a good standard and tougher than people think, so hopefully I can learn a lot from the experience.''

Alfei played six times for the Dragons last season and could feature in Saturday's league trip to Braintree Town.