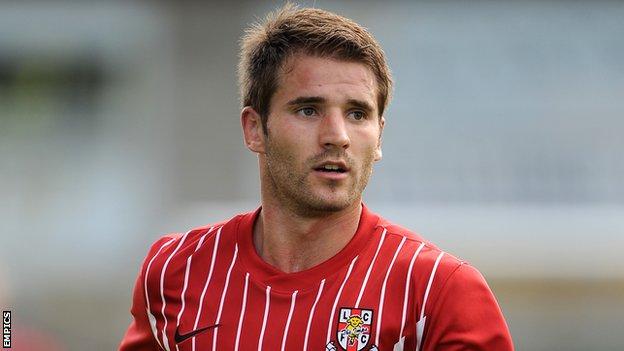 Taylor saw yellow in the Imps' FA Cup fourth qualifying round win at Halifax, and Holdsworth was pleased to see that side of the 29-year-old's game.

"I want him to have that little streak inside of him and I've been encouraging him to become more aggressive."

Holdsworth added: "It's part of his game that's not natural, but he's doing a wonderful job up front leading the line for us and I think his game has improved."

Meanwhile, fellow striker Jordan Thomas, 17, has signed a two-year professional contract at Sincil Bank after coming through their centre of excellence.

Thomas became the Imps' youngest ever player in a competitive game when he came on as a substitute against Mansfield last year and has taken the vacant number 29 shirt.