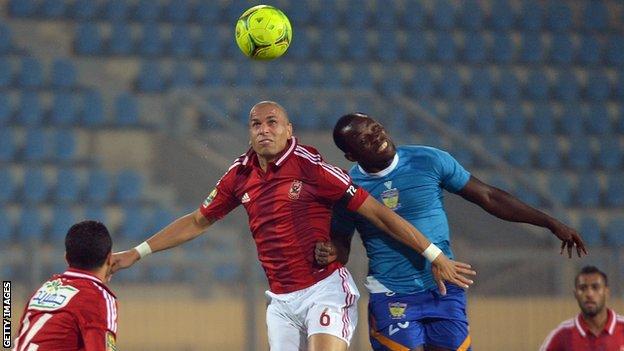 Egypt's Ministry of Interior has announced that fans will be allowed to attend the first leg of the African Champions League final.

Six-time winners Al Ahly are due to host reigning champions Esperance of Tunisia on 4 November at the Borj El Arab stadium in Alexandria.

It will be only the second match that fans have attended in Egypt since the Port Said tragedy in February.

About 20,000 supporters will be allowed in to see the game.

Egyptian President Mohammed Mursi has invited the families of those who lost relatives at the match between Al Masry and Al Ahly, where more that 70 fans lost their lives during violent clashes.

The only other game that supporters have been permitted to watch was a Champions League game between Zamalek and Ghana's Berekum Chelsea in September. But at that match the attendance was limited to 3,000.

There has been no league football in Egypt since February's disaster and it has now been postponed indefinitely.