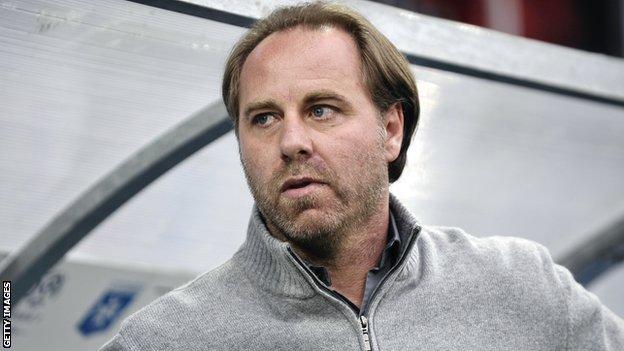 Jean-Guy Wallemme has resigned as coach of Congo-Brazzaville in order to concentrate on his job in charge of French Ligue 2 club Auxerre.

His move came after criticism over Auxerre's 2-1 loss at home to Lens at the weekend after he had spent a week away with Congo for friendly matches.

"I have made the decision in the interests of the club," he said.

"It's regrettable given my relationship with the Congolese but the situation at Auxerre makes it necessary."

Auxerre, who were relegated last season, are 12th in the standings with only four wins from 11 matches this term.

Wallemme took over as Congo-Brazzaville coach in August last year and added the Auxerre job in March but was unable to prevent the 1996 French champions from avoiding the drop.

Congo-Brazzaville failed to qualify for next year's Africa Cup of Nations under Wallemme but the side currently sit top of their 2014 World Cup qualifying group after two matches.