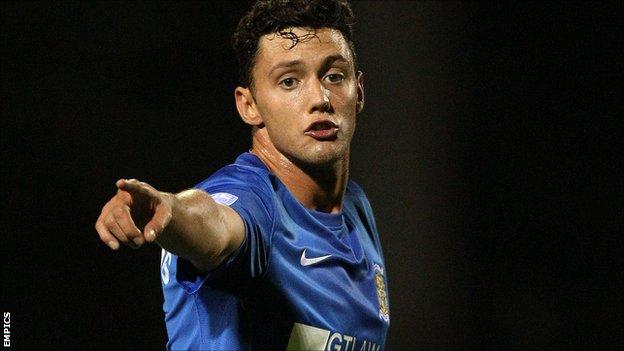 Midfielder Matty Mainwaring has signed a new short-term contract that will keep him at Stockport until January.

Mainwaring rejoined County in September and has played seven times since returning to Edgeley Park.

And manager Jim Gannon told the club website he is hopeful of keeping the 22-year-old beyond the new year.

"I am delighted to have secured Matt on a contract until January. He has fully deserved it with his performances," said the Hatters boss.

"We are hoping to extend his stay until the end of the season at least."