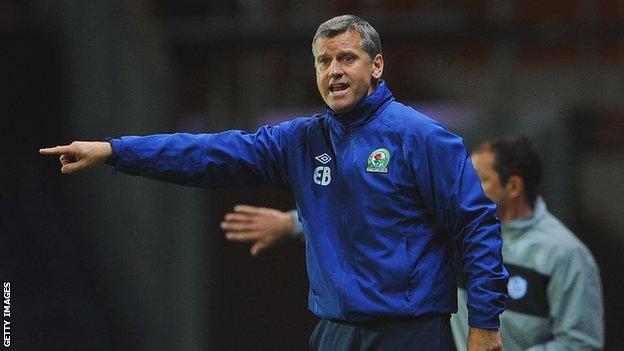 Eric Black hopes Blackburn can push on after he led Rovers to their first win since becoming caretaker manager.

Grant Hanley's early goal was enough to and lift Rovers up to fifth in the Championship.

Black told BBC Radio Lancashire: "Let's hope we can build on the confidence from this. We deserved to win the game.

"We played exceptionally well in the first half but we couldn't get a second goal. If it had gone in, it could have been a really impressive night."

Blackburn had released a statement earlier in the day, saying they had made "sound progress" in the search for a new manager to replace Steve Kean.

On the managerial situation, Black commented: "I don't know, I've no idea - I know it sounds boring and repetitive, but tomorrow morning we have to start preparing them again.

"Saturday's game at Watford is my only target and that's all I'm looking at."