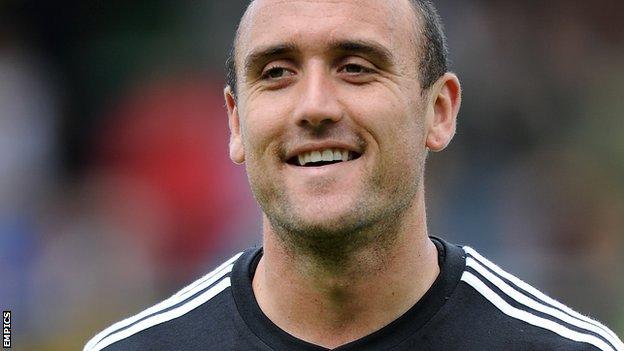 The incident happened during the 1-1 draw at Bramall Lane on 13 October.

Croft strongly denied the claims immediately after the match.

A club statement reads: "It has been an extremely difficult time for Lee, who has received the full support of the club while these totally unfounded allegations have been investigated."

The police investigation, which was launched in the aftermath of the game earlier this month, has now concluded following an apology by Croft to the ball boy.

A police statement said: "The investigation has revealed there to be no substance to suggestions of racial abuse.

"Lee Croft has however, accepted he spoke inappropriately to the ball boy and he has apologised for his behaviour and any upset that was caused as a result.

"The apology has been accepted and with that acceptance, there is to be no further police action."

Meanwhile, manager Paul Dickov has admitted he may have been too hasty in restoring captain Dean Furman to his starting line-up at Carlisle on Tuesday.

Robbie Simpson had deputised in the previous two matches while midfielder Furman was on international duty with South Africa.

But the Latics - their first defeat in five games.

"With the amount of effort Robbie had put in on Saturday, we felt it was the right time to put Dean back in," Dickov told BBC Radio Manchester. "Maybe I was proved wrong."