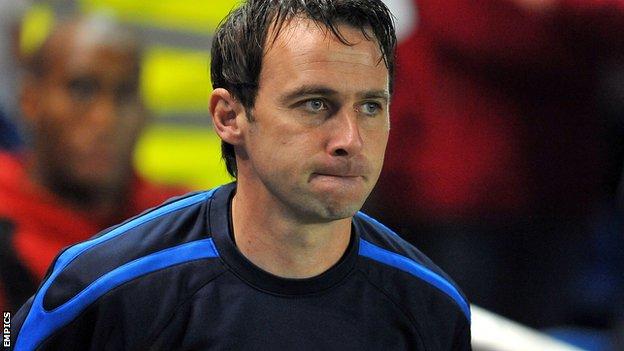 Bolton Wanderers have confirmed Dougie Freedman as their new manager.

of the 38-year-old, who as Wanderers boss, on Tuesday.

Freedman, who was in charge of Palace for 21 months, said: "I am delighted to join Bolton. The club is geared up to getting back into the Premier League.

"There is an impressive setup and structure in place, and a first team squad of undoubted quality. I'm excited about the challenge ahead of us."

Bolton chairman Phil Gartside added: "Dougie is young and ambitious. When we met, his enthusiasm and knowledge of the game was evident.

"He has a real drive and passion, and knows what we want to achieve and how we want to go about it. I am looking forward to working with Dougie to secure that."

Freedman, a former Palace and Scotland striker, leaves the Eagles fourth in the Championship - 12 places and six points above Bolton.

Despite Freedman's arrival appearing imminent, academy chief Jimmy Phillips revealed after Tuesday's 2-2 draw against Wolves that he had been for their trip to Middlesbrough on Saturday.

to speak to Freedman on Sunday, which was rejected by Palace, but the London club later gave Wanderers permission to talk to their manager.

The Eagles released a statement confirming his exit from Selhurst Park, although Bolton would not officially announce his appointment.