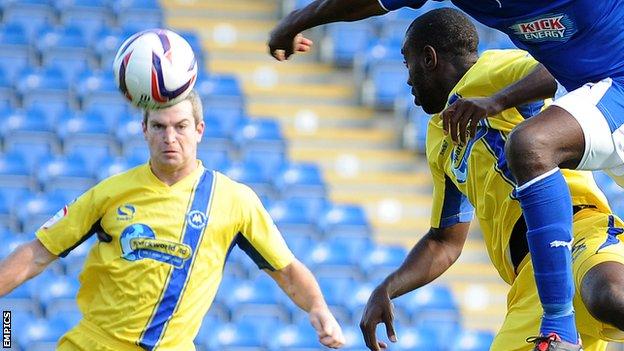 Torquay boss Martin Ling says he does not think there is a better central-defensive partnership in League Two than Brian Saah and Aaron Downes.

The duo have played together in all but one of the Gulls' league matches this season and have helped Torquay keep three clean sheets in 13 games.

"I don't think there's a better pairing in the league, they're a match for any centre-half pairing," Ling said.

"Aaron's had a good third of a season and Brian's been excellent for a year."

Downes after being released by Chesterfield as a replacement for Mark Ellis, who signed for Crewe.

Apart from being sent off in the and his subsequent one-match ban, he has played every game.

"He had a little bit of a slow start in his Torquay career but since then I think he's been as good as we've had, he's been our most consistent player this year so far," Ling said of Saah.

"When you look at goals, and goals against, there's not been a lot of times you can point the finger at them.

"Those two and Rene Howe have given me what I want in most, if not all, of the games."