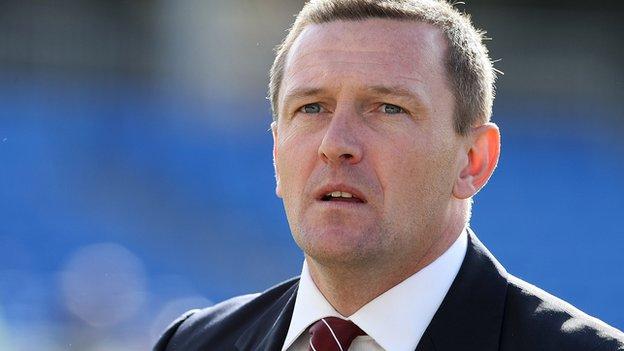 Northampton Town manager Aidy Boothroyd believes his club's injury list is the worst he has ever faced in his management career.

Boothroyd told BBC Radio Northampton: "I've never had anything like this.

"We can completely do without this. We have good players here, unfortunately half of them are injured."

He added: "This is something I will look back on and think 'that was a good period for us to come through'.

"We have to get them back as quickly as we can and the lads that come in need to step up.

"They could be loan players from different clubs or boys that perhaps haven't had the opportunities they feel they should have had."

Of the injured players, Johnson (cartilage) and Hackett (groin) are the closest to comebacks but Harding (ankle), who was expected to return in two weeks, is going to be out for longer than expected.

Artell (achilles) and Guttridge (foot) are expected to be missing until the end of 2012.