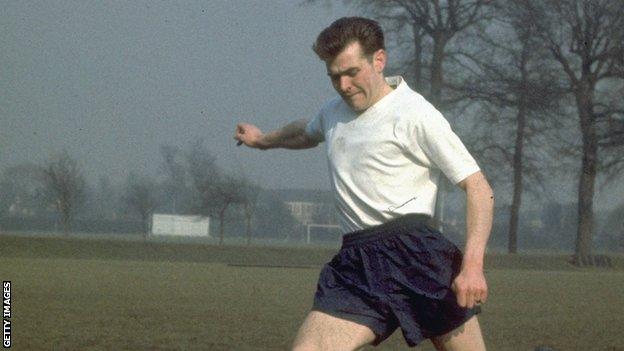 Former Burnley and Manchester United winger John Connelly, a member of England's 1966 World Cup-winning squad, has died at the age of 74.

Connelly started the opening game of the tournament, a 0-0 draw against Uruguay at Wembley, but did not feature during the rest of the competition.

At club level he won league titles with the Clarets and United, and also played for Blackburn and Bury.

A statement on the Manchester United website said the club was "saddened" by news of Connelly's death, while Burnley confirmed they will fly their flag at half-mast for the game against Cardiff on Saturday and the players will wear black armbands.

He was the Lancashire club's top scorer as they won the First Division in 1960.

A move to Manchester United followed in 1964 and Connelly won the title again in his first season at Old Trafford.

He stayed with United for two years and enjoyed successful spells with Blackburn and Bury before retiring from football in 1973.