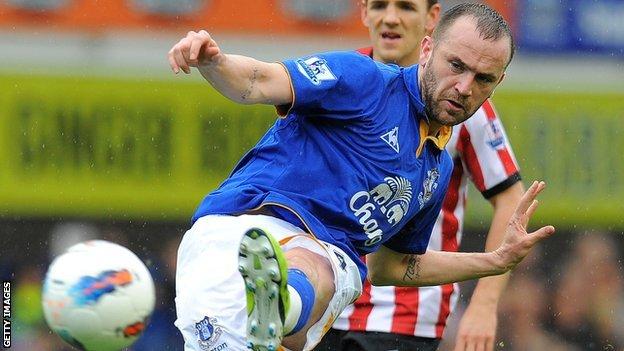 The 29-year-old has been without a club since being released from a second spell with Everton last season.

"Whether it's the James McFadden of old, which would be good news for us, that's something we will have to wait and see," O'Neill said.

"[It's] a three-month contract, which suits all parties."

McFadden won the last of his Scotland caps in September 2010, when he was substituted at half-time in a 2-1 win over Liechtenstein.

He made only eight appearances in his second spell with Everton.