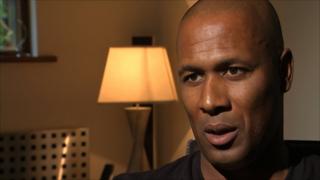 FA has let us down - Ferdinand

Former England striker Les Ferdinand says he feels "let down" by the way the Football Association dealt with the John Terry and Anton Ferdinand racism case.

In an interview with BBC Radio 5 live's Spoony, the 45 year-old former Queens Park Rangers, Newcastle and Tottenham star said that Terry's four-match ban for racially abusing his cousin Anton should have been closer to eight.

Terry has denied being a racist and apologised for the language he used.