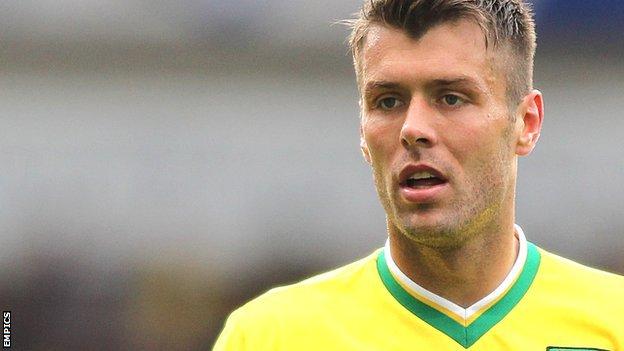 Nottingham Forest have signed Norwich City defender Elliott Ward on loan with a view to a permanent deal.

Ward, whose only game this season came in the League Cup against Doncaster, has joined until 29 December.

Sean O'Driscoll had not been planning more signings, but injuries to Daniel Ayala and Sam Hutchinson forced the Forest manager into the loan market.

Ayala may be out for up to three weeks with a hamstring injury and Hutchinson is having tests on a knee problem.

O'Driscoll said the arrival of 27-year-old is much needed: "We were always lacking a defender from the start of the season. Elliott is flexible. He can play left-sided or right-sided in a four.

"I had him at Doncaster so know his character. He did really well for me. He has been part of a promotion-winning team at Norwich so has that mentality and knows what it takes in the Championship.

"He has expressed his desire to come when he had one or two other options, but there are no guarantees. He will fit into the group well character-wise, he was available and there is the possibility we could sign him on a permanent basis.

"There are lots of things that fitted together and now he has to prove it on the pitch."