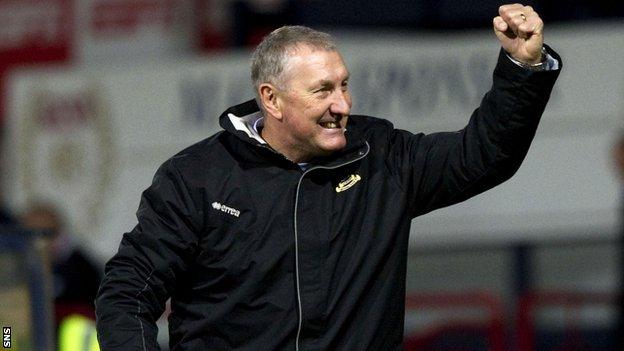 Butcher's former club are searching for a new manager after parting company with Paul Jewell.

"It's just paper talk and speculation," Butcher said of the reports linking him with a move to Portman Road.

"It's one of my old clubs, the club I started playing football with. So it's nice to be mentioned in terms of that but that's all it is, just paper talk."

Butcher, who won 77 caps for England and captained them to the World Cup semi-finals in 1990, was appointed Inverness boss in 2009.

"We've got a big job here to do, which we're looking forward to doing and working with these players so we just move on and carry on as normal," he told BBC Scotland.